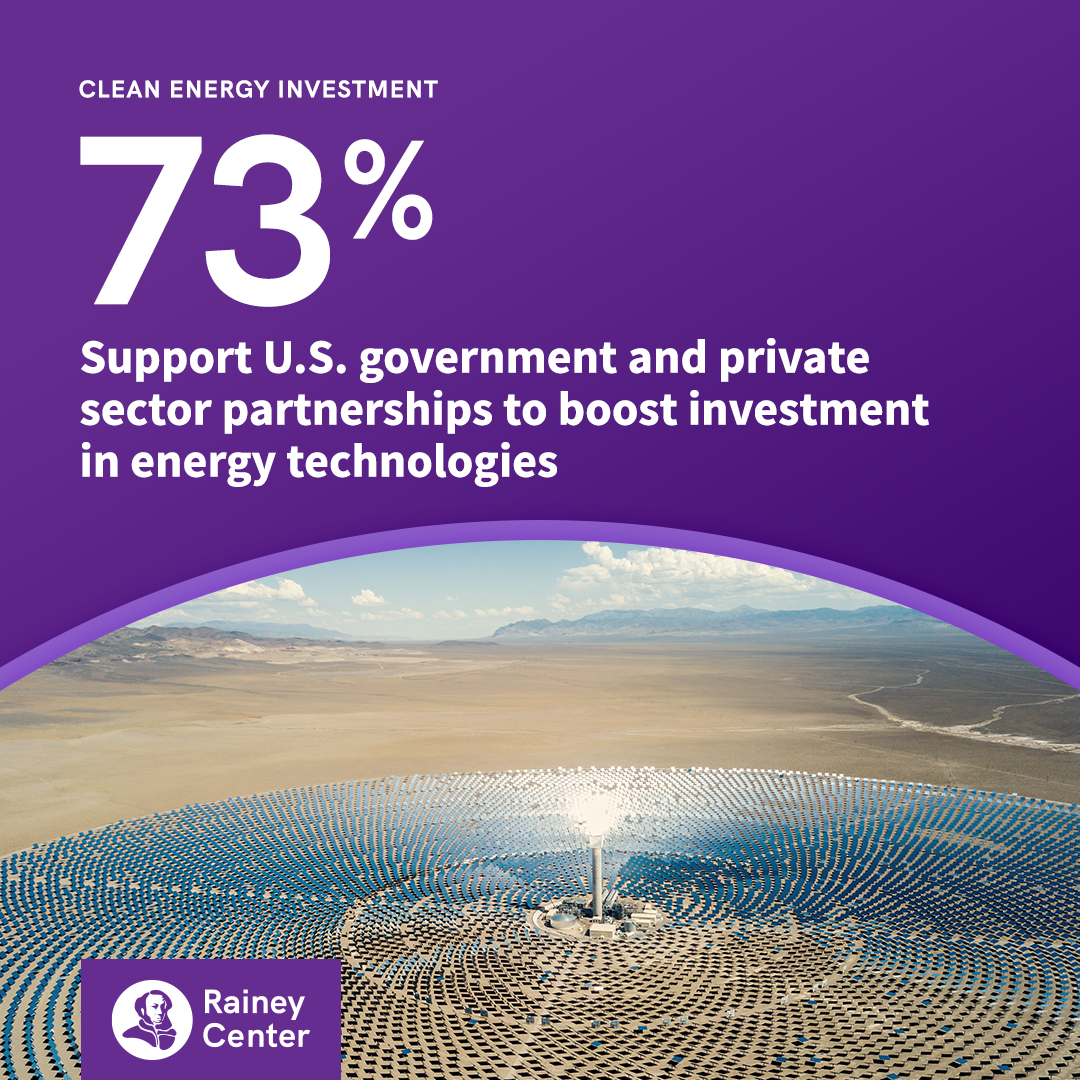 The national poll surveyed 2,000 likely voters across the United States from July 6 – 13, 2021. Just over three fourths, or 76%, of all individuals polled support increased Federal investments in energy research and development (R&D).  There is significant support from self-identified conservatives and Republicans, at 69% and 68%, respectively.

“Continued U.S. global leadership and competitiveness with China is important to conservative voters,” said Rainey Center CEO and President Sarah E. Hunt. “It makes sense that a majority of Republican voters back Federal investment in innovative, market-competitive clean energy technologies in order to both reduce emissions and ensure that America remains the unrivaled global leader in energy innovation.”

Polling also shows agreement across all groups that the federal government and private sector should partner together on energy technologies that reduce emissions, with 69% of all voters surveyed in support. Young men and women ages 18-44 are strongly in favor, with 73% and 74% supporting, respectively.

The survey was conducted with quotas on age, gender, ethnicity, education, and region used to ensure a representative distribution of opinion on investments in energy technology. The study’s margin of error is ±2%.

Learn more about the polling results here and here.

The Joseph Rainey Center for Public Policy is a 501 (c)3 public policy research organization and leadership community founded on the values of equality, freedom, and a more perfect union. Named for Congressman Joseph Rainey, who was born enslaved and became the first Black American to serve in the U.S. House of Representatives, the Rainey Center fosters dialogue on actionable solutions to America’s challenges as well as empowers women, minorities, and mavericks in public policymaking.